Menstruation is the monthly shedding of a woman’s uterine lining (more commonly known as the womb). The phrases, menses, menstrual period, cycle, and period are all used to describe menstruation. Menstrual blood goes from the uterus through the cervix and out of the body through the vagina. It is partly blood and partially tissue from the inside of the uterus. Between the ages of twelve and fifteen, a woman’s first menstrual cycle begins. Between the start day of one period and the first day of the next, there is a 21 to 45-day gap. Bleeding normally lasts between two and seven days.

Menstruation is a common scientific process that is shrouded in mystery. Women and girls are excluded from many educational, social, and cultural activities during their menstrual period due to prevalent myths, misconceptions, and taboos surrounding menstruation. This has potentially negative consequences for them and society. Existing cultural and societal norms act as a roadblock to knowledge growth on this topic. Because of the menstrual cycle, women are subjected to a slew of restrictions. Many girls around the world, particularly in low- and middle-income countries, suffer from poor menstrual management. Lack of access to clean, effective absorbents; inadequate facilities to change, clean, and dispose of absorbents; lack of access to soap and water; and lack of privacy are all challenges connected with effective menstrual hygiene management (MHM).

Furthermore, a lack of social support and the presence of taboos can contribute to psychosocial effects of menstruation, such as shame, fear, anxiety, and distraction. These factors may have an impact on a girl’s ability to grow and prosper in school. In Uganda, the government has made promoting MHM among girls and women a priority, as seen by the establishment of the Menstrual Hygiene Charter in 2015, which committed the government and civil society organizations to working together to promote MHM.

During menstruation, both practical and strategic gender issues confront girls and women. These have negative consequences for their personal lives and development opportunities, including limitations on work and mobility, increased fears and tensions, early marriage, early and premature childbirth, and higher infant mortality, as well as the risk of vaginal infections, which can lead to infertility in the worst-case scenario. Menstruation is associated with coming of age in many cultures, and so has significant implications for young girls. Aside from that, there’s the issue of hygiene, which, if not treated properly, can have disastrous implications.

A daughter in her menstruation phase was not allowed to reside with her mother in a traditional Adjumani community. According to Caesar Aluma, the Chairperson of the School Management Committee at Ofua Central Primary School, a girl’s first menses was an indication that she was fertile and thus ready to marry.

“The parents claimed that two ladies should not share a home. He stated that they would fly a white flag on top of their hats to show potential suitors that they had a daughter available for marriage on their land.” 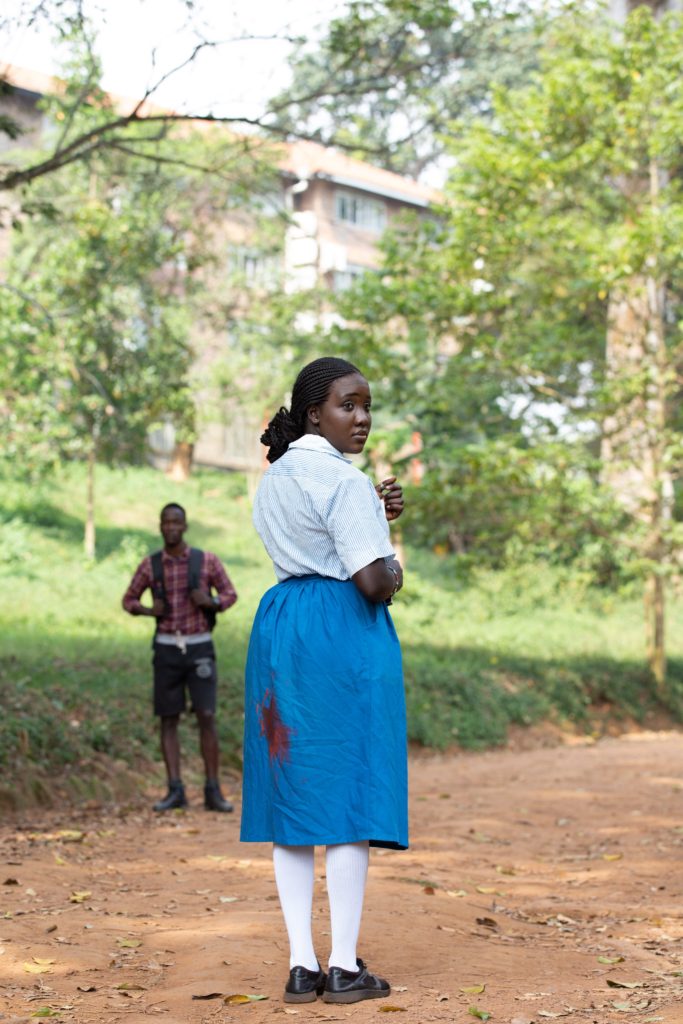 Aside from the myths and misconceptions that pervade their minds, females have little understanding of the menstrual cycle. They don’t know what menstruation is or how to explain it scientifically. Menstruation is associated with symptoms and physical discomfort. The girls must comprehend the same. There are a lot of dos and don’ts when it comes to the menstrual period. The general public’s understanding of MHH is limited. Parents play a little role in passing on basic knowledge and information. Men and boys are isolated from women’s menstruation problems by culture. There is a scarcity of accurate and sufficient MHH information. Schools, peers, coworkers, and CSOs/NGOs are all important sources of information for schoolgirls. Schoolgirls and working women are the most common users of disposable pads. Girls and women, particularly in rural areas, resort to utilizing bits of fabric as substitutes because disposable pads  expensive

In most schools, water sources are not conveniently located near washrooms and change rooms. Most school facilities lack separate facilities for males and girls, as well as washrooms. Changing rooms and handwashing facilities are both uncommon in schools. Used pads are disposed of in latrines by girls and women. Bushes and garbage pits are other options for waste disposal. Some cultures forbid the burning of old menstruation pads, which is a source of concern. The majority of school districts do not supply emergency apparel. Only a small percentage of women and girls who report menstruation pain have access to pain relievers. Some tribes’ traditional lifestyles make it difficult to adopt better menstrual hygiene management techniques. Low levels of education, particularly in rural regions, have an impact on the adoption of current MHH techniques.

Poverty, particularly in rural regions, makes it difficult for women and girls to buy sanitary products like pads. Basic facilities such as water, wash and changing rooms, rest rooms, handwashing facilities, and drying facilities are restricted in schools. Lack of resources to build proper facilities is largely to blame for poor menstrual waste disposal. The hygiene and sanitation programs do not place a high priority on waste disposal education.

It is critical to provide scientific knowledge about menstrual hygiene to all family members, especially male members, because it is crucial for everyone. schoolgirls and young women have religious and cultural beliefs. If these beliefs are not addressed now, they will be passed down to future generations. To address these misconceptions, a detailed plan should be developed. Menstrual hygiene beliefs and societal norms are a social issue. It has an impact on females’ education and health. Girls are denied their essential fundamental rights as a result of existing beliefs.

There is an unmet need for menstrual health and hygiene resources. Due to a shortage of these services, women and girls are forced to utilize unsanitary items during their menstrual cycles, resulting in a slew of health problems. Various organizations could be inspired to take on the task of encouraging people to contribute to the creation of menstrual hygiene resources. Sanitary items should be readily available in all schools and public restrooms, where girls may easily obtain them. 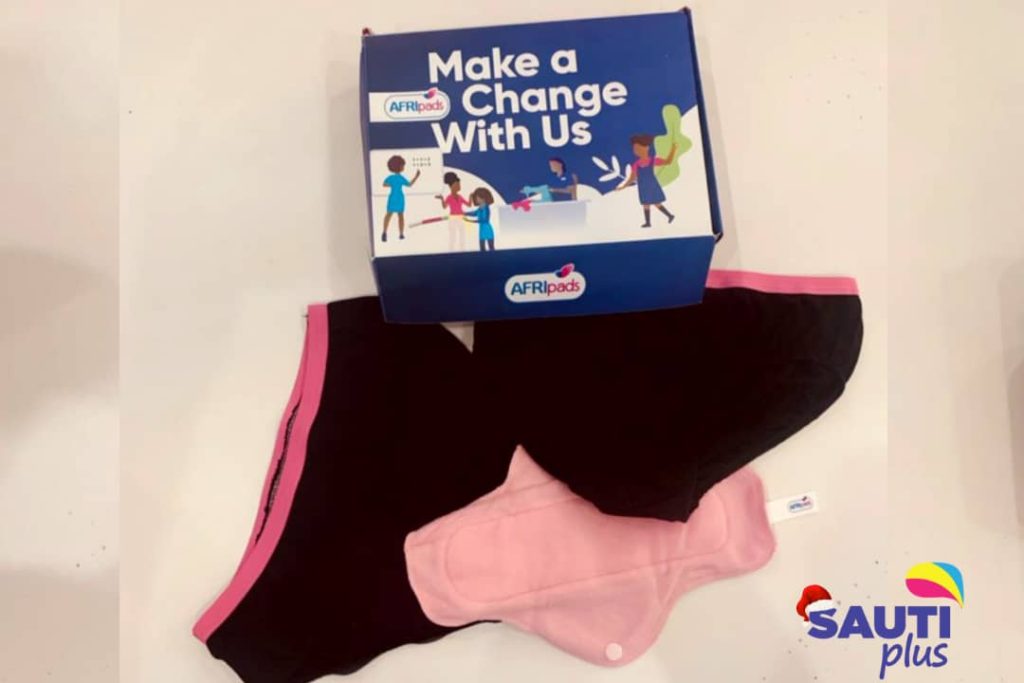 It is necessary to speak with these teenagers, as well as their parents and guardians, in order to ensure that they do not suffer any obstacles in reaching complete growth and development. School-aged girls can learn a lot about menstruation hygiene from their teachers. Teachers and educators can offer them scientific information about natural processes, which they can then pass on to their parents. This would also mitigate the harmful consequences of a natural occurrence. There is a great deal of misunderstanding about the health issues associated with menstruation hygiene. During the menstrual month, a workshop should be held to educate women and girls about health and hygiene issues. They should be provided with information on how to be healthy during their menstrual period.

Washing, drying, storing, and disposal facilities should be available in schools and public restrooms. Materials for absorbing or collecting menstrual blood must be readily available and reasonably priced. Menstruation should be managed hygienically with the availability of water in schools. This would lower the number of girls dropping out of school. This would also help to lessen the negative health issues that girls face. Men and boys must be involved in menstruation hygiene for girls and women to be empowered. Men and boys should be educated on menstrual hygiene so that they understand that discussing it is not a taboo subject.

In order to break the taboo around periods, Afripads, in collaboration with Reach A Hand Uganda, is raising awareness about menstrual hygiene management through dialogues under the hashtag #MyAuntFloExperience. The #MyAuntFloexperience campaign is inspired by a traditional experience, such as Aunties discussing period-related concerns. By raising awareness and advocating for a supportive environment, this campaign strives to normalize period conversations. This is because In terms of gender equality, discrimination, and well health, menstruation is directly linked to human rights. Young girls’ rights would be violated if they were not helped in managing their menstrual health in a dignified manner.

In a family, mothers play a critical role in the upbringing of their children. A girl goes to her mother when she receives her first menstruation. The adolescents learn about social taboos in the form of culture and traditions from them. As a result, it is critical that the mothers of these adolescent girls receive education so that they can freely discuss this subject with their daughters. On a national and international level, seminars, conferences, and workshops should be held to raise awareness about menstruation hygiene. At the school level, a thorough instructional program should be implemented. The subject should be included in the school curriculum. School discussions on the matter should be encouraged. Teachers must be educated in order to become a valuable source of information for girls. Students must be pushed to become peer leaders and function as models, mentors, educators, and counsellors because girls tend to discuss menstrual concerns with their peers.

Share this Story
More Stories
Next Story The plight of living with a Spinal cord injury in Uganda.