Low socio-economic position has long been recognized as a major risk factor for sexual and reproductive health violations among young individuals, particularly young women. Young women’s sexual and reproductive rights are limited not just by poverty and unequal gender relations, but also by corruption and inadequate service provision. Between 2006 and 2013, the country’s extreme poverty rate declined by 2.7 percent per year, the second quickest rate in Sub-Saharan Africa at the time. However, the number of impoverished people in Uganda climbed from 6.6 million in 2012/13 to 10 million in 2016/17, accounting for nearly 27% of the population and this has risen significantly during the pandemic, as many individuals have lost their jobs as a result of the lockdown imposed to stop the spread of the Covid-19 virus.

The developing face of poverty in the country is, to a large degree, the face of a young person. They are the new generation of capable poverty. Despite their ability to lead economic and social transformation, there have been insufficient investments in their human capital. As a result, young people are more likely to become dependent in the future, have lower earnings, and have bad health outcomes. Uganda’s population has been steadily increasing over time. It grew from 9.5 million in 1969 to 34.6 million in 2014, a 3.0% yearly growth rate between 2002 and 2014. According to United Nations estimates, the population was estimated to reach 41.6 million by the middle of 2020.

Uganda’s demographic pyramid, according to UBOS 2020, is broad-based, meaning that the majority of the population is young, as is typical of a country with high fertility rates. According to Uganda National Council 2020, in 2014, Uganda’s total population was 40, 800,000 million people, with 55 percent of the population under the age of 18 and a Total Fertility Rate (TFR) of 5.4 children. (Source: UDHS, 2016). As a result, Uganda has a high dependency ratio because the majority of its population is made up of young individuals who have a high fertility rate and give birth to other young people.

In its 2001 World Development Report, the World Bank identified poor health as one of the many elements of poverty, which it described as “pronounced deprivation in well-being.” Poverty, according to that report, includes not only material deprivation (income and consumption poverty), but also low levels of education and health when material deprivation is present. Vulnerability and risk exposure, as well as voicelessness and helplessness, are further aspects of poverty. When it comes to income and health, vulnerability means that, in addition to the risk of slipping into poverty, there is also the risk of being exposed to other risks, such as “violence, crime, natural disasters, and being taken out of school.” The study references Amartya Sen’s (1999) definition of deprivation as restricting a person’s “capabilities, that is, the substantive freedoms he or she enjoys to lead the kind of life he or she values.”

Unemployment among young people aged 15 to 24 is 16.8%, whereas self-employment is 41.3 percent, mostly in the informal economy. This condition has a significant impact on individual and family economics, as well as sexual and reproductive health and rights results. When young people are financially disadvantaged, they are more prone to participate in high-risk behaviors as a means of surviving or as a coping technique. For example, to support themselves, they may engage in intergenerational relationships, early marriage, or sex work, putting them at risk of adolescent pregnancy, sexually transmitted diseases, HIV, and dropping out of school. It also affects their labor productivity and potential to rise out of poverty and contribute to the development of their communities in the medium and long run.

Rising population is one of the causes of poverty, and the explanation above clearly illustrates that Uganda’s population is increasing rapidly. The country’s socio-economic situation is harmed by the annual increase in population since the majority of the population is made up of young people without work who are dependent on government resources, which are limited due to large numbers. A girl can’t make a free choice when she can’t have the resources she needs and her guardians can’t offer them, information about SRHR and poverty go hand in hand and this leads young people to make decisions out of desperation. Poverty is proven to be a crucial factor of young women’s early sexual debut and many partnerships. Poor parents may encourage such relationships in order to gain food and other necessities. If a person’s ability to control her reproductive destiny is closely tied to structural elements, the solution is to change the latter. 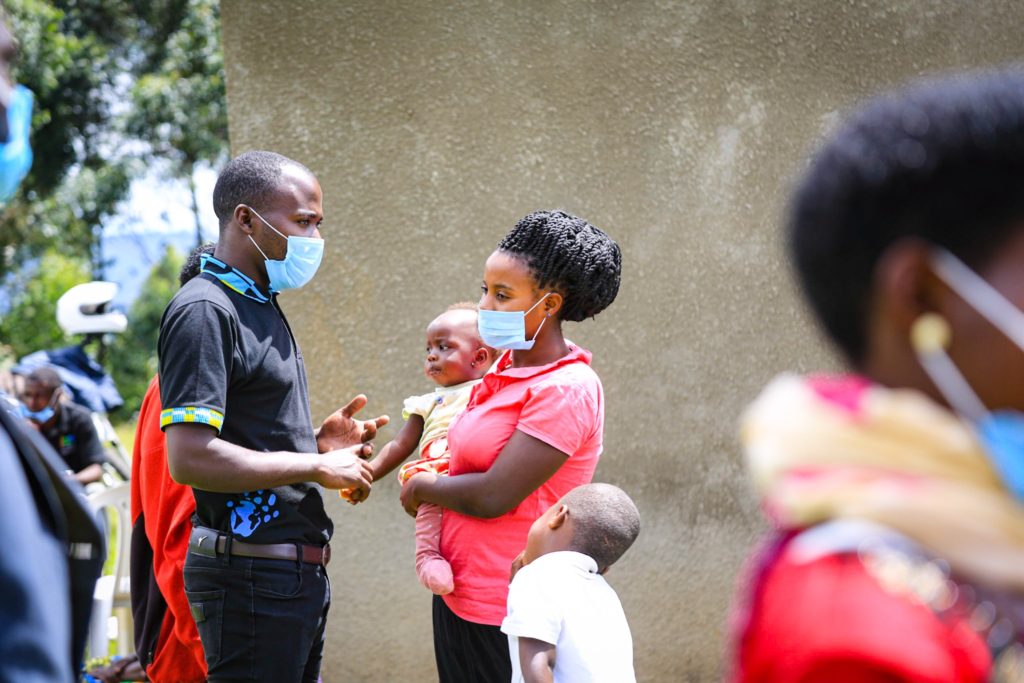 In poor countries, such as Uganda, early pregnancy and childbearing are common. They are widely acknowledged as an issue, and they are likely to be both causes and symptoms of poverty. Approximately half of all pregnancies among women aged 15–19 are unplanned (an estimated 214,000 unintended pregnancies each year), Adolescents with an unmet need for contemporary contraception account for 88 percent of these pregnancies and yet the expense of caring for an unwanted pregnancy is much higher than the cost of preventing these pregnancies, every additional dollar spent on contraceptive services for teenagers in Uganda will save $2.56 on mother and newborn health care.

Investing in young people can yield a triple dividend of benefits, with effects observable in crucial adolescent abilities, future adult-health trajectories, and effective generational rising. Only large-scale investments in health, positive social standards, and high-quality secondary education will provide this return. Failure to invest effectively in young people will have significant economic ramifications for the country as a whole, with years, if not generations, of slower economic growth to come.

While adolescents are generally healthy, their rapid physical, intellectual, and emotional development necessitates sufficient health-care support and monitoring. When health interventions reduce mortality or morbidity, for example, investing in the increased budget allocation for family planning services for adolescents and young people should be done in order to prevent high mortality rates, unintended pregnancies and unsafe abortions, they result in economic and social advantages, as young people who have had their lives saved or whose sickness has been avoided enter (or re-enter) the workforce and provide economic production. As a result, investing in young people’s sexual and reproductive health is crucial, as sexual and reproductive health disorders account for the majority of illness burden among this population group in Uganda.
Investment in adolescent girls will be especially beneficial to Uganda, as it has been linked to lower school dropout, child marriage, teen pregnancy, and improved sexual and reproductive health. There is strong evidence that investing in females has a wide range of good outcomes. Girls who have access to and control over financial resources are more likely to put money into their families. Girls can play a critical role in breaking the intergenerational transfer of poverty and affecting the country’s growth through their labor force participation, fertility choices, and health.

Investing in high-quality education and job opportunities: Uganda’s workforce must be well-educated and skilled in order for the country to compete in the global economy. To do this, efforts in boosting school completion and transition rates for girls and boys at all levels of education are required.

Increasing chances for employment and entrepreneurship: In major industries such as agriculture, tourism, mining, oil and gas, creating jobs and improving prospects for entrepreneurship and professional self-employment for the rapidly rising youth labor force would stimulate inclusive economic growth. Diversification of the economy, productive investment, and skill development are critical, and they must be aided by better governance. In order for the country to realize the benefits of tying the demographic dividend to the digital dividend, the deployment of relevant technologies (i.e. appropriate to the structural context) that encourage employment should be explored.

Poverty is a determinant of SRHS, and SRHS is a determinant of poverty, creating a vicious cycle in which impoverished people have lower SRHS, which can create, perpetuate, or intensify poverty. This isn’t, however, a process that happens in a vacuum. Indeed, the cultural and institutional settings that dictate social norms, legal systems, and other elements of social institutions that influence and are influenced by SRHS are at the heart of this process. SRHS is affected by, and in turn affects, social norms, political, and judicial institutions, in the same manner as poverty is affected by, and in turn affects, poverty.

Equitable and gender-sensitive institutions and norms can reduce the harmful effects of poverty on impoverished SRHS, while weak institutions and discriminatory norms can exacerbate the vicious circle. Norms and institutions, on the other hand, are notoriously reluctant to alter. Cultural customs may take time to conform to new laws and regulations in favor of sexual and reproductive health rights. This is where civil society may make a significant contribution as a change agent for both formal and informal institutions as well as cultural norms, all of which have a significant impact on the complex interaction between SRHS and poverty.

Young women’s efforts to achieve sexual and reproductive justice are hindered by poverty and gender power dynamics. Assisting young people in making sexuality decisions may have a positive impact on their daily lives and lay the groundwork for a positive approach to personal well-being. Poor girls and women, on the other hand, will continue to be denied the opportunity to make reproductive decisions in the absence of parallel investments to economically empower communities and the provision of basic services such as health and education. Government agencies and state authorities must provide the necessary conditions for poverty reduction, gender equality, reduced corruption, and an effective legal system. 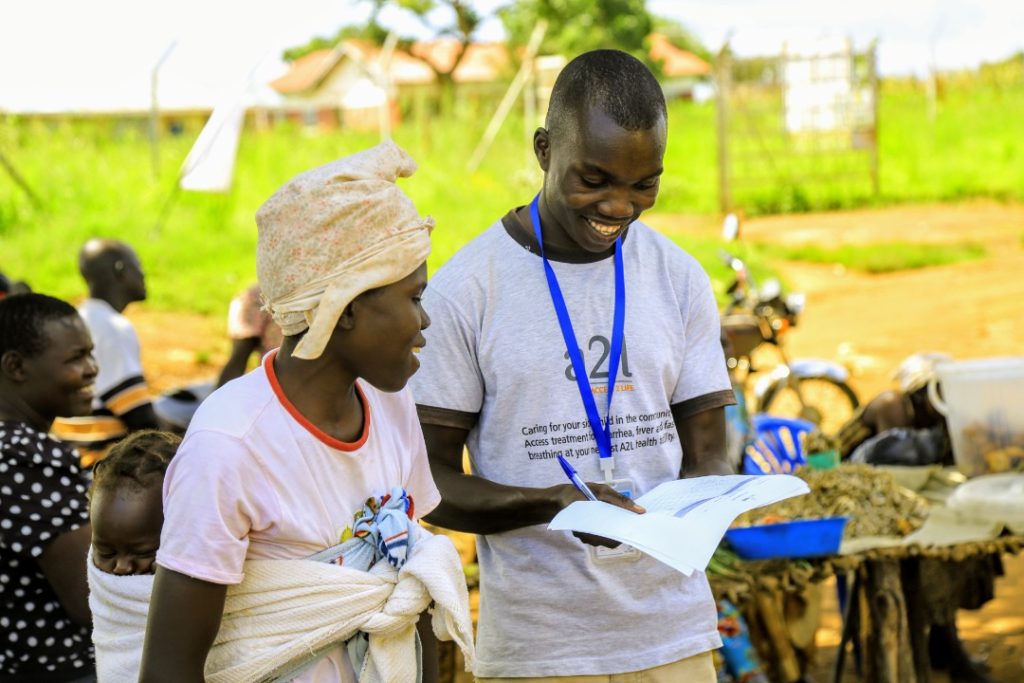 Share this Story
More Stories
Next Story THE LINK BETWEEN GENDER INEQUALITY AND HIV/AIDS by Eshah Murtaza, Intern Reach A Hand Uganda