The mass media is a significant source of information to the general public and policymakers because of its ability to spread information in a broad, timely, and accessible manner. The mass media, as information producers, educate, entertain, convince, socialize, and sell commercial products, among other things. Canary Mugume (Investigative journalist at NBS TV) also contends that mainstream media communication disseminates values and information to society as a socialization agent. More importantly, the power of the media to focus public attention on critical topics has been demonstrated — the media’s agenda-setting function.

In the midst of COVID-19 pandemic, the media has demonstrated its ability to draw public attention to the ongoing important difficulties surrounding health service delivery. The media has highlighted a number of maternal and sexual reproductive health issues that communities are dealing with. Stories have highlighted the fact that several pregnant women died or lost their children while trying to reach health facilities, pregnant women who have resorted to having their children delivered by traditional birth attendants, an increase in the number of gender-based  violence cases, and a lack of services for adolescents and young people that would otherwise go unnoticed due to the throes of the pandemic. 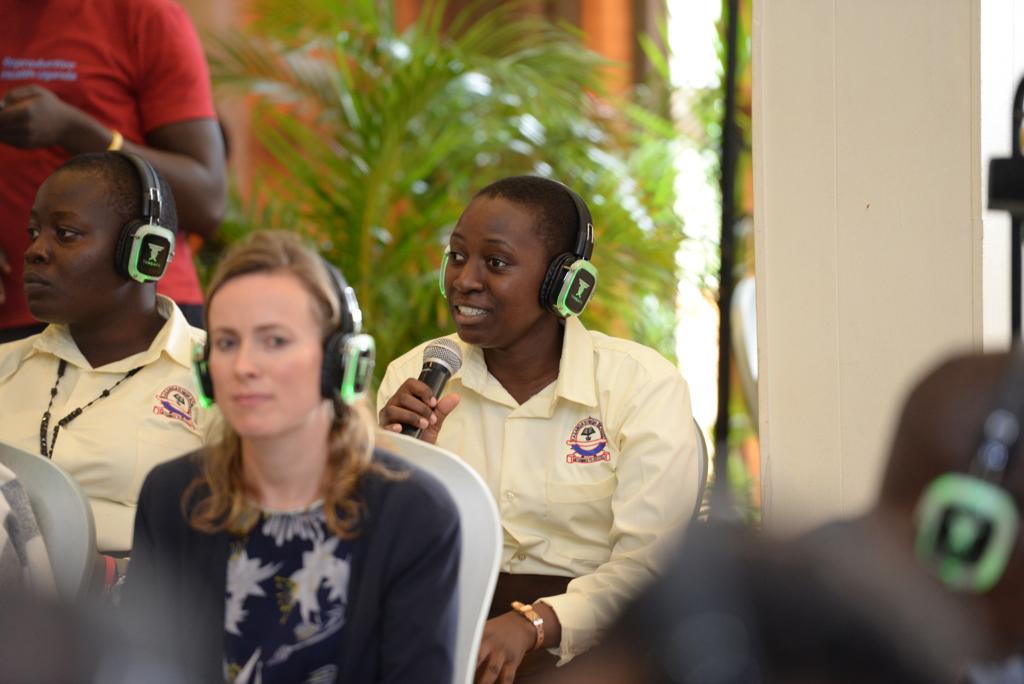 The media may be a strong instrument in combating gender-based violence and bringing attention to the myriad sexual and reproductive health issues that have arisen as a result of COVID-19. However, there are also gaps in the media’s use of a gender lens when discussing the emergence of grave gender-related concerns. For example, despite the media attention, towards teenage pregnancies, the causes of these pregnancies are often overlooked, and sexual assault issues are rarely highlighted.  With the rise in challenges facing adolescents and young people, it’s more important than ever to strengthen the media’s capacity to internalize and conceptualize new evidence, mastering correct and effective reporting including in the use of language.

A lot of the challenges experienced by media outlets in trying to report on sexual and reproductive health and rights issues, are attributed to media practitioners’ lack of capacity and motivation to report on these issues. Health coverage in the media is more “thin and reactive,” dominated by medication announcements or official health promotion programs and lacking in investigative depth.

In underdeveloped countries, poor sexual and reproductive health is a continuous and serious issue. Young people aged 10 to 24 make up 34.8 percent of the overall population in Uganda (UBOS 2014), and they face major difficulties. In Uganda, young women aged 15 to 24 years account for 28 percent of maternal fatalities. Adolescents aged 15 to 19 years old account for 17.6% of all pregnancy-related deaths. For babies born to women under the age of 20, stillbirths and child deaths are 50% more common. Uganda’s teenage pregnancy rate is 25%, and the prevalence of HIV among adolescent females is 9.1%, which is higher than the national prevalence rate of 7.3 percent and has risen because of the COVID 19 pandemic.

By focusing public attention on these challenges, making them more apparent in development discourses, and giving accurate and thorough information on these topics to the public, the mass media can make a significant contribution to efforts to address these challenges. By promoting transparency and public debates about SRHR issues, the media can assist overcome the culture of silence and high levels of stigma and discrimination associated with these issues.

While several issues have been addressed as a result of media coverage, the challenge continues to receive little attention in terms of interventions. The majority of the articles covered are sensational, generating a lot of public attention but providing no actual solutions to problems. Thus, efforts must be made, both internally and by partners to support the media to adequately report on adolescent-related issues and initiate discussions on how to improve adolescents’ and young people’s health and well-being. A first step would be generating and maintaining journalistic interest in SRHR research by encouraging them to take part in SRHR training. To motivate the media to cover SRHR by carrying out activities and organizing for good reporting, there are journalist awards with financial prizes. The awards’ goals are to increase journalists’ awareness of SRHR concerns, stimulate them to report on these issues, improve accurate reporting, and elevate the reputation and prestige of SRHR reporting.

It may take some time for such tactics to have an impact on how journalists regard and use research in their job; however, this can be accomplished through increasing the quantity and quality of health and SRHR-related reporting. While tracking changes in the amount of reporting is relatively simple, judging the quality of reporting necessitates a more extensive content study of the stories and films that journalists produce. This level of analysis necessitates more financial and technical resources, as well as the involvement of independent institutions such as the African Institute for Investigative Journalism, which is dedicated to developing the capacity of journalists to use research evidence in media reporting for the sake of it. Additionally, when more female reporters are involved as decision-makers, issues of gender and SRHR will be brought to the public’s notice and easily discussed because they are better positioned to relate their experiences.