Globally, women remain the primary focus of family planning programs. This is because of their reproductive physiology and social roles. There is a common misconception however, that family planning is entirely a women’s affair.

According to IndexMundi an online data portal, in Uganda, the fertility rate of women in 2016 reduced from 6.9 to 5.7 3. However, these figures are still high in comparison to the region, with Tanzania at 5.02 and Rwanda at 3.88. The ratio of usage of family planning methods between men and women is not anywhere close to 50:50.

The fact that men are as involved in the conception process as their female counterparts, it is only rational that they be part of family planning as well. The Men Plus project by Reach a Hand Uganda (RAHU) seeks to promote the full involvement of men in family planning as promoters or champions, users and partners offering support to their spouses.

Men Plus project is promoting and enabling the use of voluntary vasectomy as part of the overall contraception method targeted towards men. This helps in promoting the view of men and women as equally productive and reproductive beings. The project uses socially targeted campaigns to demystify myths towards different family planning methods for men and women.

There are over 10 modern methods of contraception that women can use. Women can use caps, rings, patches, sponges, diaphragms and female condoms. There are also alternative methods of birth control for women that include oral contraceptive pills.

Intrauterine devices (IUDs) and emergency contraception are available for women to control birth. Tubal ligation as a permanent method of birth control for women is also an option.

We live in a patriarchal society whereby most men are at the centre of making decisions regarding reproductive health decisions. Despite this, men only have two modern birth control methods and these are vasectomy and condoms.

The unfortunate beat is that even though they are only two, not many men use them. They prefer calling birth control as “a woman’s job” which is not a fair practice as men are not just restricted to paying school fees for children and house supplies but to also be involved in the general welfare of all family members.

Male engagement in championing family planning is vital especially in local communities in Africa because most cultures still dictate that men are the ultimate decision-makers in everything including maters concerned with sexual reproductive health.

A woman can be able to conceive and carry a baby once in 9 months whereas men can impregnate a woman every hour for 9 months.

Male champions exhibit how joint decision-making between couples can lead to healthier outcomes for the family. Programs that engage men in health decision making and behaviour change contribute to improvements in health outcomes for families, particularly in traditional, male-dominated societies.

Male engagement in family planning ensures that male-controlled and long-acting male methods are viable and accessible options for men globally. 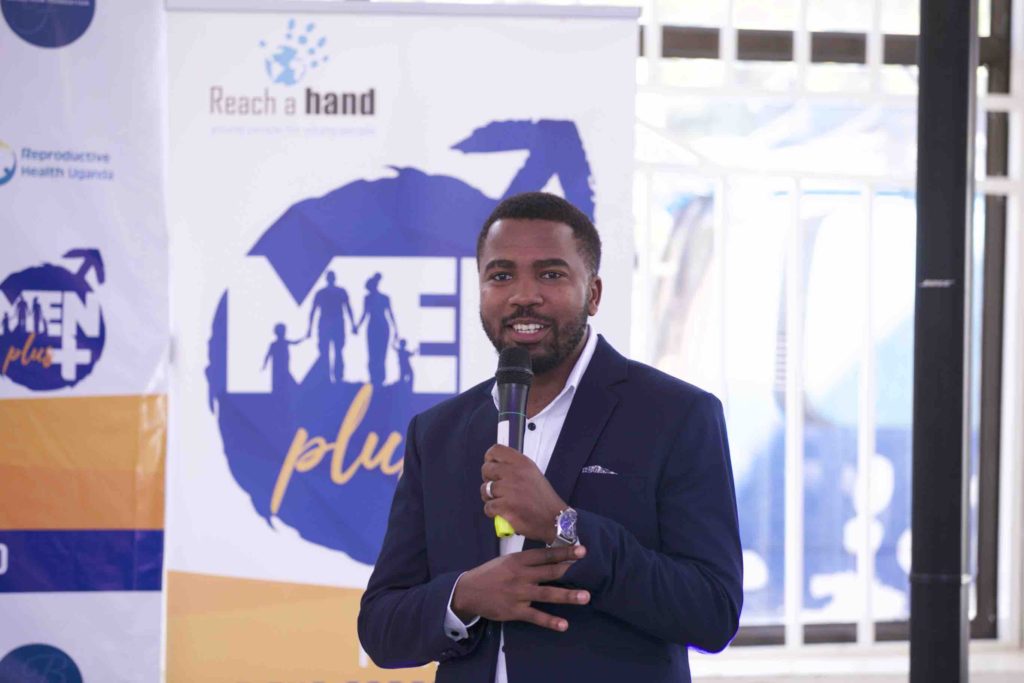 Women have the burden to carry with them “something” that a man helped put, without any physical support from anyone for 9 months. This “thing” gets heavier every month.

For men who have no desire to have more children. RAHU is promoting vasectomy as the most cost-effective and safest permanent method for meeting the needs of men and women who desire to limit future births.

For men, if you have a partner, it is vital to respect her autonomy and agency as regards her choices relating to family planning. Being a supportive partner helps reduce the risk of unforeseen or unwanted results.