A while back, most communities in Karamoja took pride in giving birth to so many children. These tendencies are still evident in some areas today. Regardless of whether the children were male or female, having as many offsprings was considered by many to be a source of prestige.

“Boys were expected to be future warriors who would assist in cattle rustling while the girls were valued in terms of dowry by their fathers. A hand full of civil society organizations have come out to not only advocate for the need for family planning measures in the region but also designed programs aimed at enlightening the masses on the advantages of using contraceptives as a way of birth control and also use of other family planning methods,”  said Charles District Health Officer for Moroto District.

Uganda adopted and has aligned its sustainable development goals to the Global 2030 Agenda, which calls for action to address inequalities and inequities in opportunity, wealth, and power (United Nations, 2015). This includes consideration for all regions of the heterogeneous nation.

The living conditions and quality of life for the people in Karamoja have gone through major shifts, however, there has been a fluctuation of declined standards of living in the different communities. It is no doubt that the inequity in the region impedes economic growth, increases poverty, and also undermines social cohesion. It is important that in the health care interventions by the government and other NGOs in the health sector, no one is left behind. The incentive of leaving no one behind addresses the inadequacy in access to SRHR information and services by people in remote areas.

The government of Uganda with partners has incentivized several development initiatives to address the inequities in the region that including poverty and poor health care, but the region’s growth remains pervasive. According to a report by USAID(2017), Karamoja’s collective GDP accounts for less than 1 percent of Uganda’s total GDP. This indicates that the region’s human capital is not adequately skilled to produce and drive economic growth despite the vast natural resource potential oil the oil seepages that were discovered in the Moroto Kadam basin.

HIV prevalence in Karamoja remains at 3.7 percent compared to the national average of 6.2 percent (UPHIA, 2017). However, it is important to note that, the prevalence increased from 3.4 percent to 3.7 percent between 2011 and 2017.  40% of girls in the region have had sex with partners who are either 10 years or older than them. This implies that if not deliberate measures are undertaken, the situation could get worse.

Reach A Hand Uganda(RAHU) and the United Nations Population Fund (UNFPA) are among the NGOs setting out to effect change in Karamoja.  From 2018, we have registered considerable results in terms of the children going to school and also the standards of living of the people. The rate of teenage pregnancy in the region has dropped and we are having more parents engaging in community dialogues aimed at effecting change. 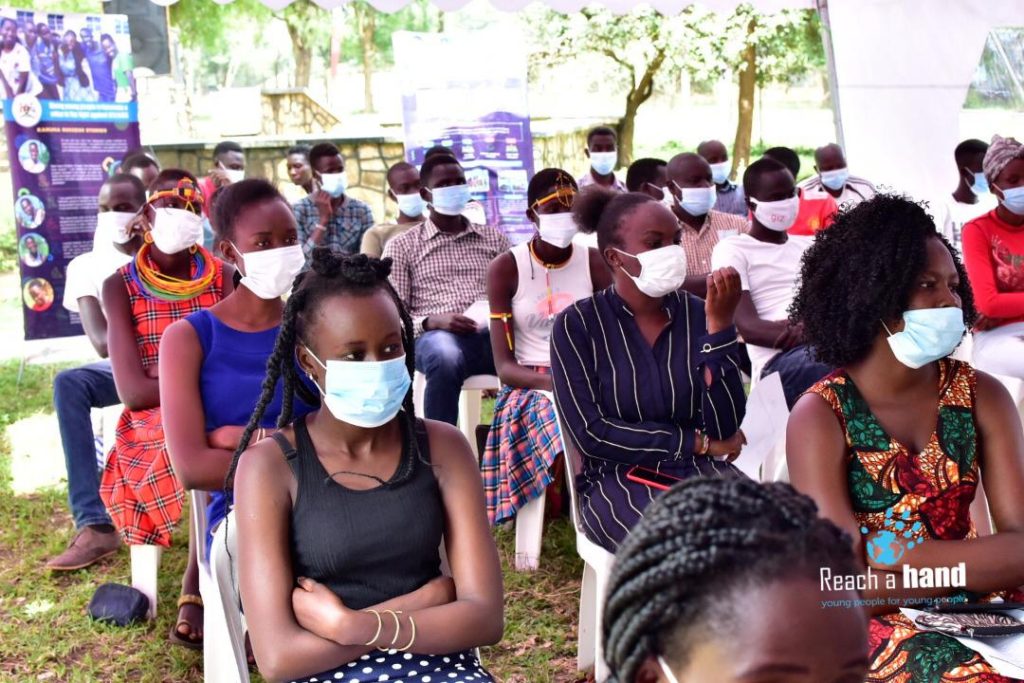 The Karamoja United Nations HIV/AIDS Prevention Programme (KARUNA) implemented by RAHU and partners with support from UNFPA has been operational in the 7 Karamoja districts of Moroto, Nakapiripiriti, Napak, Kaabong, Kotido, Amudat, and Abim. Under this program, RAHU’s activities are largely interpersonal driven, involving large gatherings like football matched and manyata focus group discussions.

Under the KARUNA program, RAHU has since 2018 initiatives, run community-based initiatives in the region, with the aim of massively sensitizing people on issues of health including family planning and gender-based violence. The uptake of family planning methods has steadily improved over the 5 years. With several interventions, we hope for a complete transformation of the Karamojong people.

“I believe that such project designs are very effective in fostering change in the Karamoja region, as it entails. Dialogues that shines a light on the issues that people are facing on an individual basis and how they can collectively be addressed. We encourage Reach A Hand Uganda to keep SRHR Programs running.” Charles Omudu.