Undisputedly the most played and watched sport in the world, football has grown to become a language of its own; like music and drama. The core of every football team is to score or protect their goal as much as possible; therefore a good vehicle to carry home important messages such as ending HIV/AIDS.

Protect the Goal is a five year campaign which was launched in 2016 to create awareness about HIV/AIDS through football and its core message; protecting the goal, protecting yourself. Protect The Goal campaign is a brainchild of the Karamoja United Nations HIV Program that points out the message that life is like a game, and you have to ensure HIV doesn’t score.

This year’s edition of the Protect The Goal campaign was held during the 16 Days of Activism at the Boma grounds in Moroto, the heartbeat of the Karamoja region in North Eastern Uganda. Highlighted by football matches, the event was massively attended by locals from the community who also put together skits and musical performances which picked out Gender Based Violence as one of the causes of HIV/AIDS in the region. 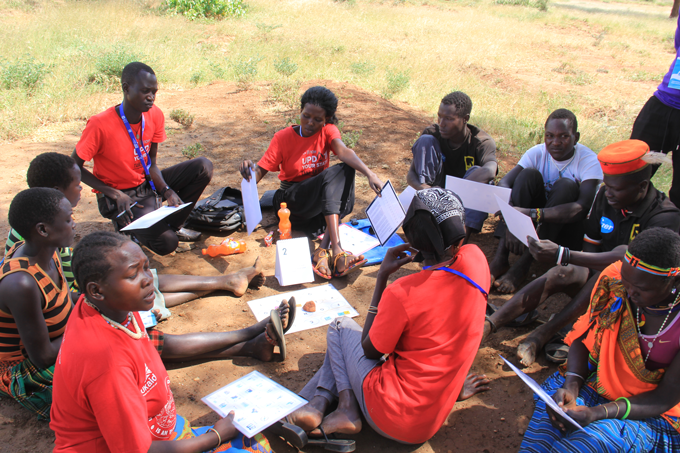 The event was graced by the District Vice Chairperson,Christine Akot,who thanked RAHU for the effort invested in fighting HIV/AIDS by addressing its related causes like GBV and lack of Sexual Reproductive Health Rights (SRHR) information, especially among young people.

She also lauded the Protect The Goal football tournament for the message of protection it passed on to all locals who participated.

“Don’t just give refreshments and talk to people. Those they can get on their own. Leave a message instead because it is more useful since they’ll always remember it and put it into practice” she said.

To further send the message of protecting the goal, different messages to create awareness about HIV/AIDS were printed at the back of the football jerseys players wore for the tournament. The messages carried were about abstinence, HIV/AIDS and access to services including contraceptives.

The messages were all aimed at reminding everybody HIV to choose from.

The football tournament started on World AIDS Day with a ferocious game between Dons FC and Singlla Super Eagles. The Man of the Match, Max Ochan from Dons, was grateful for the opportunity to use his talent to create a positive impact in society. 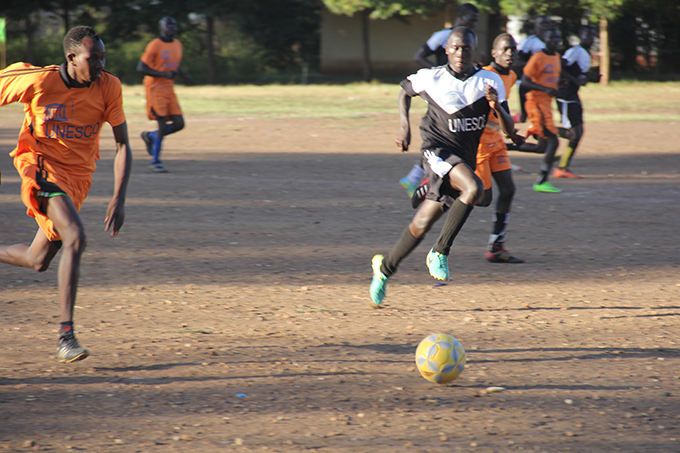 “I love to play football, and a chance to use my talent to tell my peers about HIV is always appreciated” he said, after his team won the game 2-0.

The win wasn’t all that was achieved that day. Seeing Ochan celebrate his goal with his back to the crowd, and pointing at the “I use condoms to protect the future” message on his shirt showed a young man willing to do all he can to end HIV/AIDS epidemic. Undoubtedly, if we all were to adopt a similar attitude, it would propel us faster to recording the objectives of the 90-90-90 strategy, and making the world a better and healthier place.

Share this Story
More Stories
Next Story 50 years of Rutgers: An anniversary we are proud to have been part of