Sexually transmitted infections (STIs) continue to be a major public health concern around the world. Every day, more than 1 million curable STIs are acquired worldwide, with 376 million new cases reported each year. The burden of STIs is disproportionately higher in low and middle-income (LMIC) countries, where 75–85 percent of new cases are reported globally. If left untreated, STIs can have serious consequences for sexual, reproductive, and maternal-child health, including infertility, increased HIV risk, pelvic inflammatory diseases, ectopic pregnancies, and perinatal transmissions according to WHO. Progress report on HIV, viral hepatitis and sexually transmitted infections, 2019. 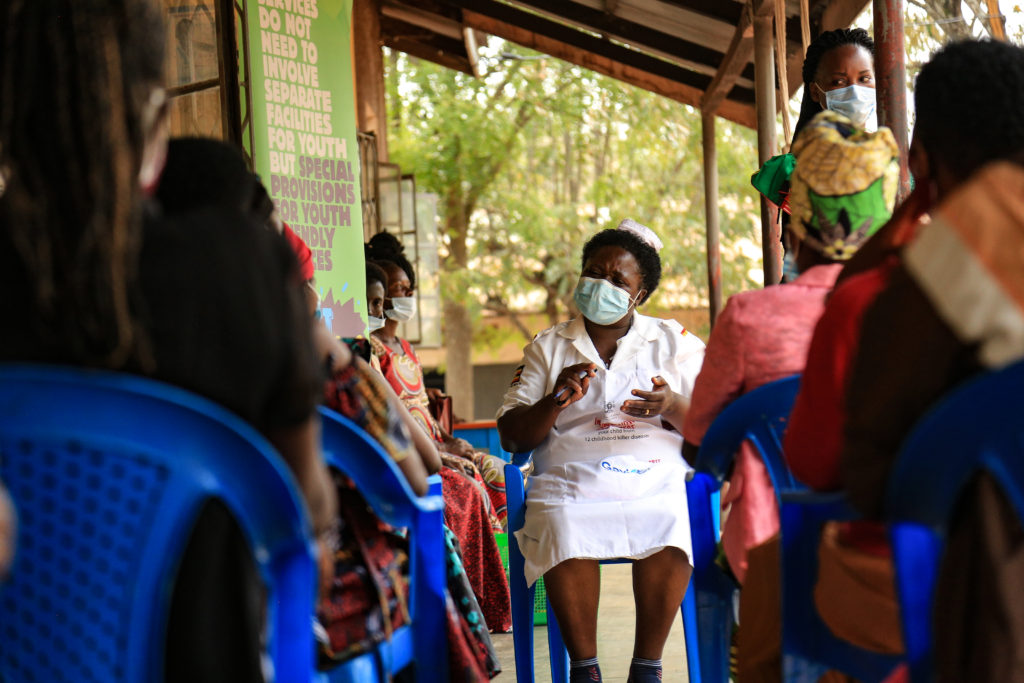 Although STIs affect people of all ages, adolescents and young people aged 15–24 are particularly vulnerable. A study conducted in three primary African regions (Southern Africa, Southern/Eastern Africa community-based, and East Africa high risk) discovered that all STIs, with the exception of herpes simplex virus 2 (HSV 2), were more prevalent among young women aged 15–24 years compared to those aged 25–49 years, regardless of population type or region and this is likely to have increased due to the effects of covid-19.

According to BMC Public Health. 2016;16:440, the prevalence of self-reported STIs in Uganda has remained persistently high, rising from 22 percent in 2006 to 27 percent in 2011, while up to 1.5 million cases of STIs were reported between 2015 and 2017 according to MoH. District health information system (DHIS 2); 2018. Because of the high prevalence of STIs and the associated negative health outcomes, STI control is a public health priority. STIs, in particular, increase the risk of HIV acquisition and are the leading cause of disability-adjusted life years (DALYs) among women of reproductive age.

Uganda has developed a number of strategies to manage STIs/STDs, including vaccinations, male circumcision, behavioral change communications, and syndromic management, which involves the use of signs and symptoms rather than laboratory testing. Despite these interventions, STDs are on the rise, particularly among young people due to a lack of access to quality STDs prevention and management services. Poor services are attributed to a variety of barriers, including the stigma associated with seeking STI services, concerns about confidentiality and specimen collection methods, conflicting school/work and clinic schedules, and inability to pay for services due to financial restrictions and when these infections are not properly treated they end up recurring causing  a viscous cycle of endless suffering affecting  the livelihoods of young people because if you’re not healthy you will not be able to be productive.

The sudden or gradual disappearance of symptoms does not imply that you are free of the infection, as it can return or manifest itself in different ways. Many sexually transmitted infections can be treated with antibiotics or antivirals (although gonorrhea is becoming increasingly resistant to antibiotics). Infections, if left untreated, can cause infertility, pelvic inflammatory disease, cancer, chronic liver disease, pregnancy complications, and birth defects.

Despite various government interventions, the onus is on young people to be more vigilant about their lives. There are numerous ways for young people to avoid sexually transmitted diseases/infections, including abstaining, always practicing safe sex by using protection, and avoiding risky behavior such as casual sex with a stranger or a sex worker. Drinking excessively or using mind-altering drugs will impair judgment and inhibitions during a sexual encounter, increasing the risk of making risky decisions such as not using a condom. If one has engaged in risky sexual activities or suspects they  may have a STI, it is prudent that they see doctor right away. If the results show that they have a STI, they should notify all of their sex partners and encourage them to get tested and treated.

This high burden of STIs and their consequences can be greatly reduced by implementing a number of evidence-based strategies, such as raising community awareness about the risks, developing prevention strategies, and treating STIs. In Uganda, there is a need for a comprehensive approach to the diagnosis and management of STIs among youths. Interventions for sexual behaviors should be aimed at preventing involvement in multiple sexual relationships. Different interventions, on the other hand, should be implemented based on regional STI trends for effectiveness.

Share this Story
More Stories
Next Story YOUNG ADOLESCENT GIRLS DEFILED BY THEIR FATHERS DURING THE PANDEMIC by Akullu Lynn Tasha.