The Karamoja United Nations HIV Prevention Programme (KARUNA) mobilises young people to help tackle HIV/AIDS in their local communities. Over the last few months, our work in Karamoja spanned over 7 districts, has facilitated 14 leadership forums, 56 debates, over 300 focus group discussions. We have further trained 175 youth champions all in a bid to reduce the HIV prevalence in Karamoja.

The programme, under the Government of Uganda (GoU) and the United Nations Population Fund (UNFPA) 8th Country programme, is aimed at reducing new infections among 10-24-year-olds in Karamoja by 2020. It is being implemented in 7 districts namely; Kotido, Abim, Napak, Kaboong, Moroto, Nakapiripirit and Amudat.
The Leadership Forums are a huge part of the foundation for KARUNA’s 2019 activities. They encouraged dialogue on solutions for the various SRHR challenges faced by their districts. The Closing Leadership forums were held from 30th June to 9th July. These events brought together local leaders and young people, engaging them in discussions on the cultural practices that have promoted unhealthy sexual practices. Among the participants were our Youth Champions: young people who have been selected, trained and actively involved in the fight against HIV/AIDS, being role models by living healthy lifestyles.

Through the programme, we are linking young people and local leaders to have sustainable conversations on HIV

The Forums acted as platforms through which the youth champions were commended for the positive impacts they’ve had on their communities. Further, the youth champions were able to showcase their findings from the focus group discussions and debates to enrich the forum. The youths debated on issues regarding the central SRHR and HIV challenges posed against their local communities.

The winning debate teams were rewarded for their successes thereby boosting the confidence of the young people, strengthening their leadership skills. The improved levels of self-esteem among the youth champions has greatly aided them in that they are now able to confront the key misconceptions and cultural barriers that surround HIV/AIDS.

Not only has the KARUNA project empowered young people to address their communities challenges head on, it has further equipped them with the necessary tools and attitudes to implement change in their communities.“I want to spearhead the fight against HIV in Karamoja” said Lopeyok Raphael Kakamongole, aged 25. 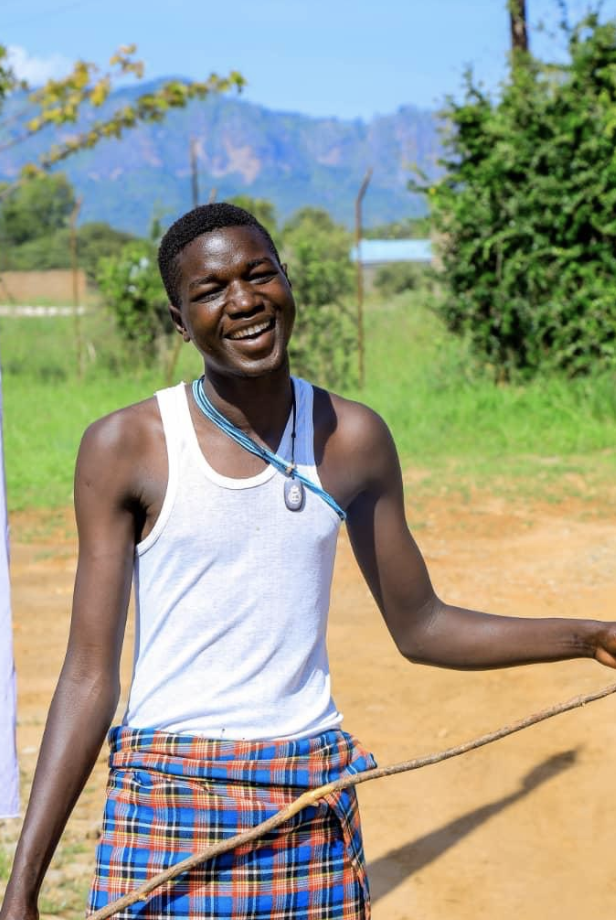 Positive progress in these communities is evident as many young people now freely approach the youth champions for advice. Approaching the youth champions for information will help challenge people’s mindsets regarding harmful cultural practices such as courtship rape. These young people are proactively taking charge of their sexual health. This should result in a reduction in the prevalence of HIV.

Roughly 21,000 people were engaged through RAHU’s appearance on three different radio stations, hosting talk shows discussing the current HIV/AIDS situation and prevention strategies. Other Youth Champions and District Officials also participated in the talk shows to lend their perspective on the effectiveness of KARUNA. The talk shows further denounced cultural practices that have hindered the spread of positive SRHR behaviour and information, emphasizing new practices to prevent HIV spreading. 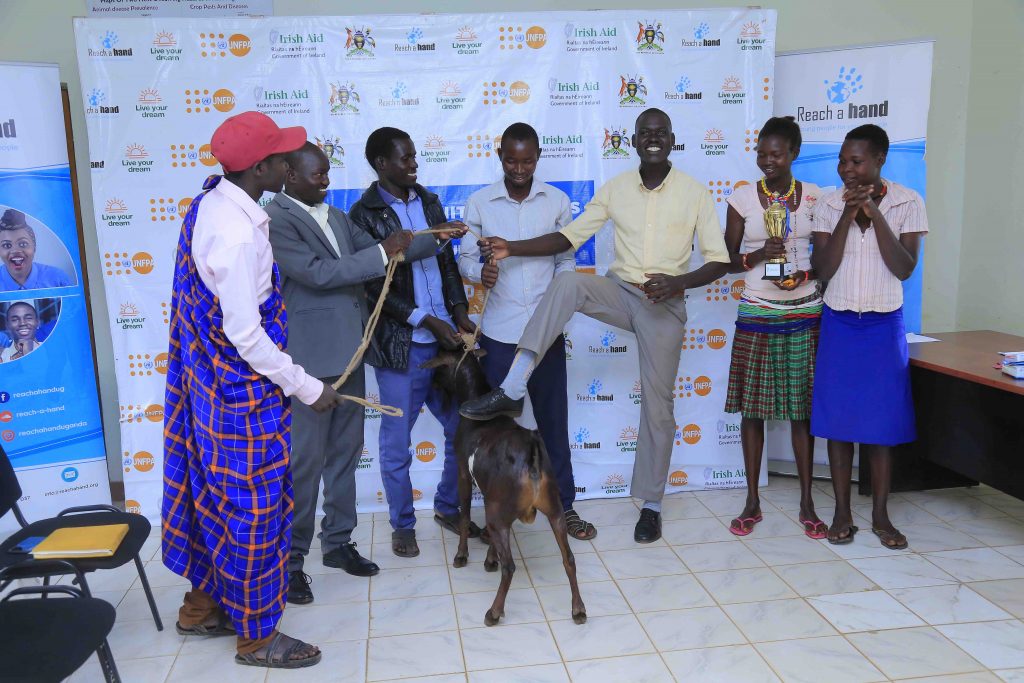 The winning team in Kaabong district receiving their trophy and goat.

The Youth Champion’s responsibilities as KARUNA progresses throughout the year were announced at the Leadership Forum. It will give the Youth Champions a new direction towards addressing the socio-cultural and economic factors that affect school retention, HIV prevention, sexual and reproductive health and self empowerment among adolescents and young people in Karamoja region.

*Erin was a summer intern at Reach A Hand Uganda from University of East Anglia. She interned in the Communications and Advocacy department from June-August 2019.